EMERGENCY ALERT Town Hall and Beach Closures and all COVID-19 Information Read On...

Create an Account - Increase your productivity, customize your experience, and engage in information you care about. 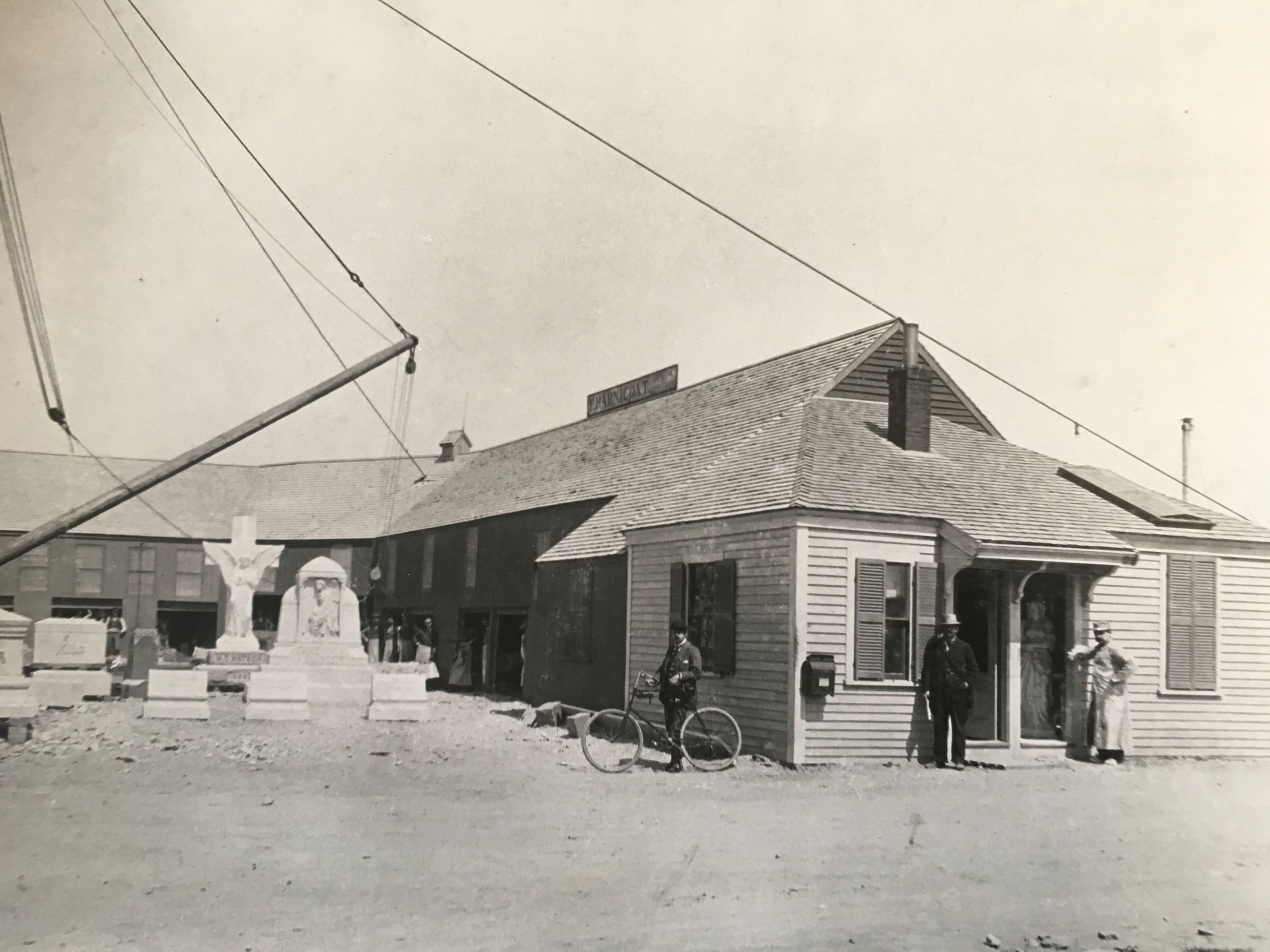 Here is another great picture provided by Jack Barnicoat, great grandson of granite sculpture Fredrick Barnicoat, founder of the company that made the York, Maine Soldiers Monument. This picture is also from the F. Barnicoat 1909 catalog.

This picture shows the office and part of the stone shed of the F. Barnicoat and son Company. The man with the bicycle is Fred’s son Stanley, also a famous artist in granite carvings and bronze molds. Fredrick Barnicoat is on the far right in the white dust coat and hat.

Just out of the picture on the left is a tall, vertical pole not unlike the mast on a sailing ship. Attached to the lower part of that mast is another diagonal pole or boom, most of which we see in the picture. That boom has lifting gear on the outboard end and granite blocks are picked up using that block and tackle. We also see a cable that runs from that end up to the top of the mast and down to a winch firmly attached to the mast base. That winch is used to raise and lower the end of the boom. When a block has been raised off the ground and the boom is also winched up closer to the mast, the further away from the stone shed the granite block becomes. When the boom is lowered, like what we see in the picture, the closer the block of granite is to the shed. The boom also rotates around the mast so when the granite is picked up it can be maneuvered anywhere in the stone yard.

Many granite workmen are gathering in the large doorways at the sides of the stone shed for this photograph. Those doors look as if they slide in tracks and open up like modern garage doors. We do not see any telephone or light poles so the workers had no electricity. The stone shed has plenty of windows so summertime meant long work days.- From The Soldiers' Monument by Michael Dow